As the Guardian and thirty other newspapers around the world this morning argue in a joint editorial to mark COP27:

Solving the crisis is the moonshot of our times. Getting to the moon succeeded within a decade because huge resources were devoted to it. A similar commitment is needed now. But an economic crisis has reduced rich countries’ appetite for spending and the planet risks being trapped in fossil-fuel dependence by a rearguard action of big business. Yet during the pandemic, central banks across the world lubricated states’ expenditure by buying up their own governments’ bonds. The trillions of dollars needed to deal with the ecological emergency demand such radical thinking returns.

The emphasis is added: the call is for green or climate quantitative easing.

A year ago Colin Hines and I had this letter in the Guardian: 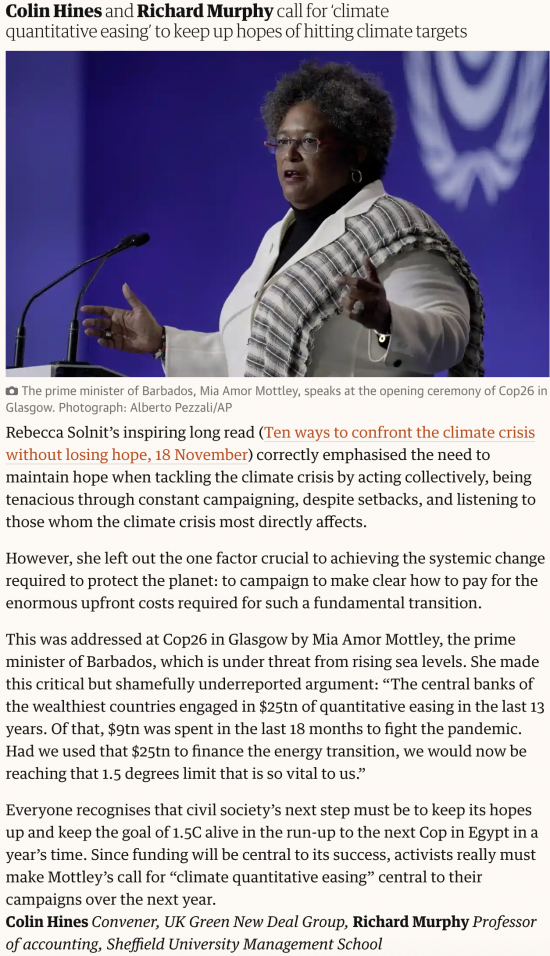 Way back in 2010 I think Colin and I were the first people to ever propose climate QE, in this paper.

Now it is coming to the fore in debate. It is time it did so. There has never been a more urgent need for radical thinking of this sort.