The NHS funding crisis and how to solve it

Working with Colin Hines as Finance for the Future, I have published this report this morning: 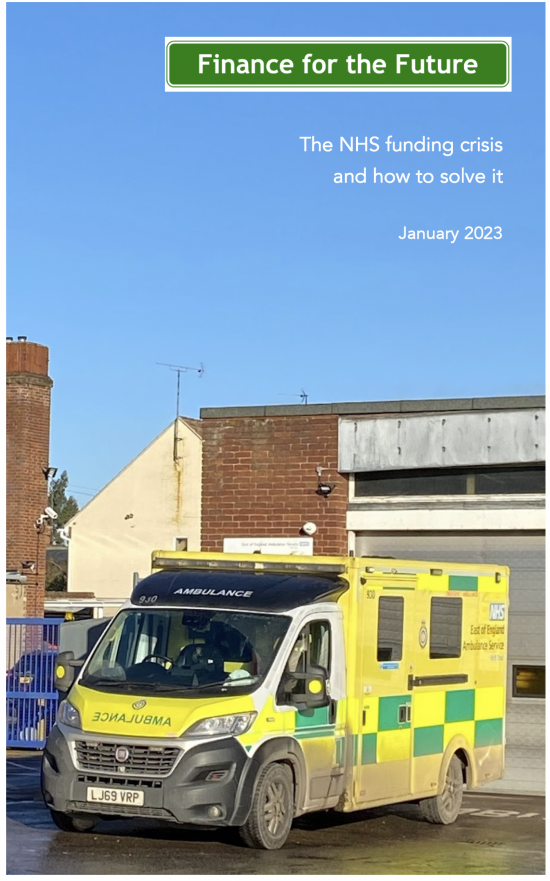 At the core of this report is a simple suggestion. That suggestion is that in order to restore the NHS to the relative state that it was in when Labour left office in 2010 would now require any government to spend an additional £30 billion a year, which should then grow by at least 4% a year in real terms. Fulfilling the mandate that Finance for the Future has been given by its funders, the Polden Puckham Charitable Foundation, I then go on to explain how this money could be raised.

The report's summary is as follows, but I suggest the whole thing (including the appendices) m right be worth read as there is a lot of explanatory material in there:

This report looks at the funding of the NHS over time. What it shows, using data on NHS spending from HM Treasury, inflation data from the Office for Budget Responsibility, population data and opinion from the respected healthcare think tank, The Kings Fund, is that it is likely that the NHS is now underfunded by £30 billion a year.

This underfunding is the result of austerity in NHS spending since 2010 when taking into account the demands of an increasing population in the UK and the rising costs of NHS treatments as the range of conditions that the NHS can tackle has grown over time.

The consequence of this underfunding is that at present the NHS should be funded by £3,058 for each person in the country if services supplied were to match the equivalent service level in 2009/10 when the Labour Party was last in office, but actual spending for each person in the UK is  about £2,642, meaning that there is a shortfall of more than £400 per person a year in NHS funding in the UK at present.

The trend in spending per person, all stated at 2021/22 price levels, has been as follows: 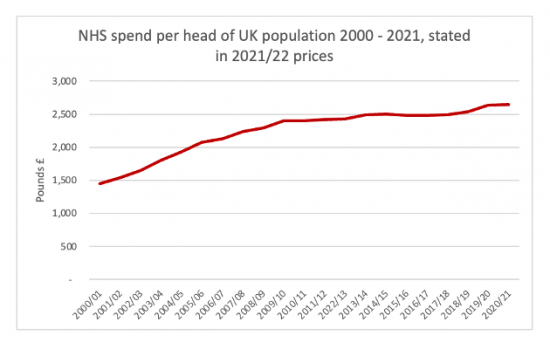 Spending per person grew rapidly under Labour. It has stagnated since then, at least until the Covid era began.

The King’s Fund has suggested that the last figure should be 4% per annum, apparently taking population change into account in that figure. The Labour Party delivered growth of more than 5% per annum for the first decade of this century. It is the shortfall since then that has cumulatively created the annual shortfall of £30 billion of spending per annum that is likely to exist now.

The question to be asked in that case is how this sum might be funded? Identifying a problem without suggesting a solution helps no one. This report suggests that a range of options are available:

In that case it is suggested that at least half of the funding required to bring the NHS up to required service levels will be directly generated from the benefits created by that additional spending.

There are, it is suggested, a range of options to meet the remaining £15 billion spending requirement. Three relate to borrowing in various ways:

Alternatively, changes to the tax system that would have no impact on the vast majority of taxpayers could raise the additional funds. These might include:

It would, of course, be entirely possible to mix and match these options: there is no need for just one source of funding to be used.

What is clear is that to argue that there are no funds for the NHS is wrong: there are multiple options available to fund the NHS that we all need, and the same logic noted here used could also be applied to other essential public services as well.

No political party has an excuse for saying we cannot have excellent public services in that case: we can afford them. All that we need is the political will to deliver them.

[1] This is commonly called the multiplier effect